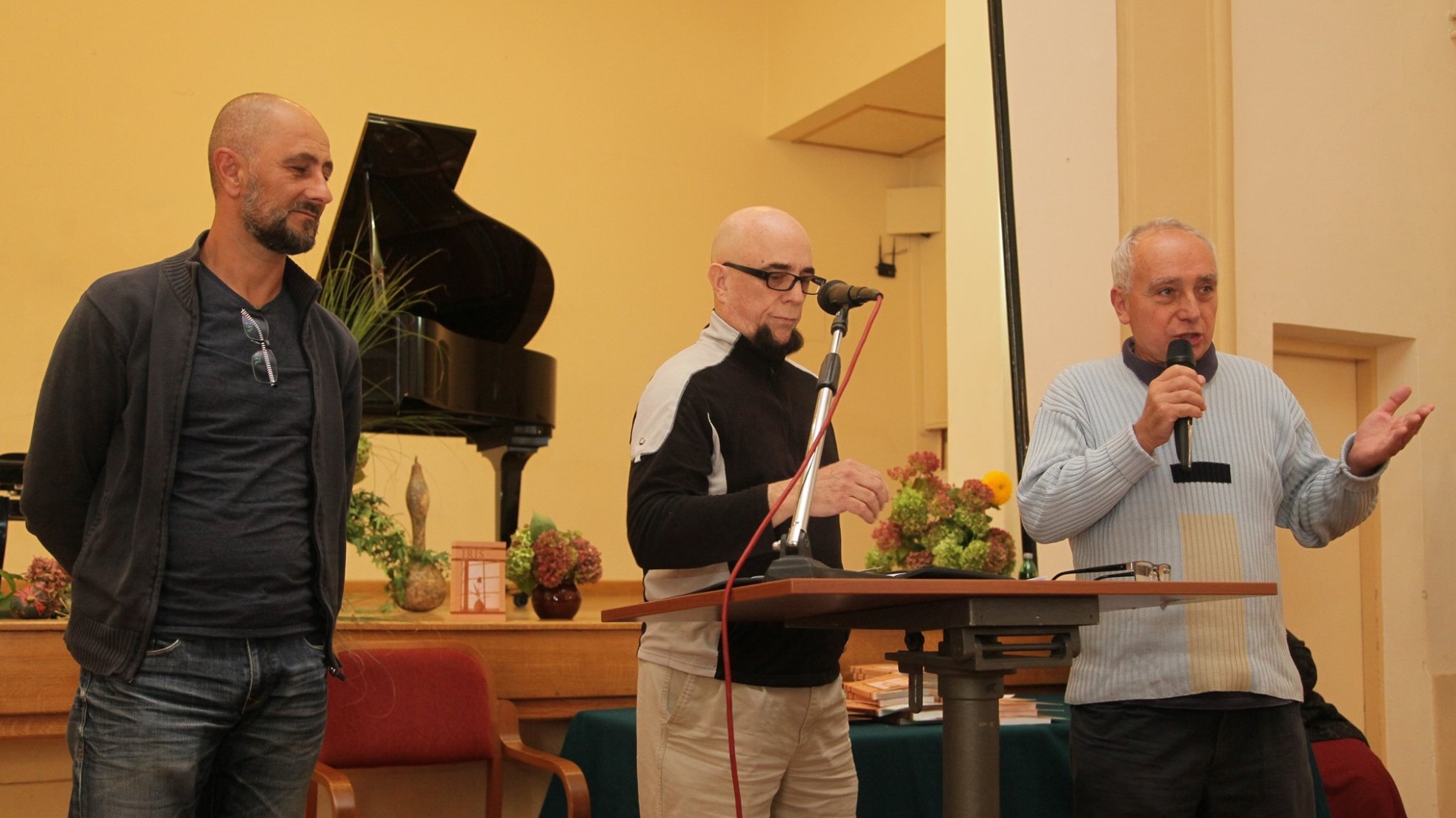 On October 6th, 2019, at the 6th Annual Bučijada Haiku Meeting in Ivanić-Grad, Croatia, it was our pleasure to present six haiku and one senryu, each of which was composed co-operatively and equally by all three of us.


During a one year span we composed a total of 85 haiku and senryu that in each instance was written collaboratively either in pairs or as a group of three. We discovered that working together on each poem created an ebb-and-flow, push-and-pull process. Composing stand-alone collaborative haiku provided continual opportunities for the organic expressions of complementary energies; complexities of ideas; shifts of perspectives; and juxtapositions of personal and cultural experiences, perceptions, and memories. Since this process represents intersection and unity, each poem is an example of nexus: a central focal point of connection. Consequently, we call our collaborative autonomous poems Nexus Haiku.


Following, are the poems we read at the 6th Annual Bučijada Haiku Meeting:

bora wind begins
the fragrance of prosciutto
in waves

approaching
her scent before her kiss
flower moon

hibiscus tea
sip by sip among roses
and crickets

MICHAEL DUDLEY was born in Toronto, Canada, and has been a haiku poet for over 40 years. His writing has been internationally published in newspapers, magazines, journals, and anthologies. He is a member of Haiku Canada and the Haiku Society of America.


TOMISLAV MARETIĆ is from Zagreb, Croatia. He has been writing haiku for more than 40 years and his haiku have been published in many national and international magazines, anthologies, journals and on-line haiku magazines. He is a member of the Croatian Writers' Association.


DEJAN PAVLINOVIĆ is from Pula, Croatia, and has been writing haiku since 2007. His haiku poems have been published in various national and international haiku magazines, journals, newspapers, websites and anthologies. 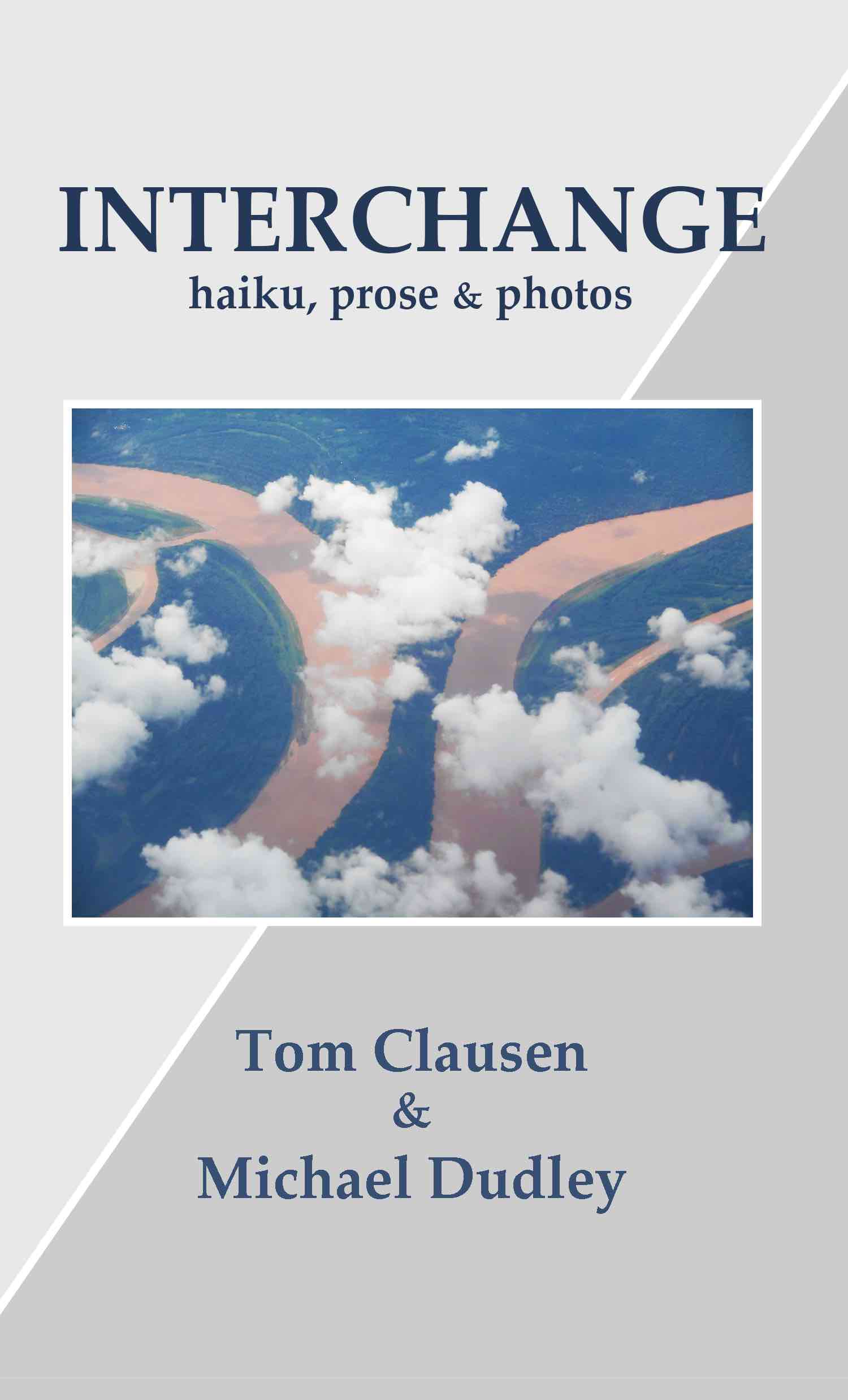 Interchange can be ordered by contacting Michael Dudley directly: form.


Interchange can also be ordered from


Ordering from Other Continents:


Price: $17 CAD + tax & $6 shipping (approximately) within Canada. Price, postal rates, and tax may vary for orders outside of Canada.

Interchange, a collaborative collection including an introduction and photographs by Tom Clausen along with haiku and prose commentary by Michael Dudley, has been published and is now available from Amazon Books, August 2022.

NEXUS haiku is the winner of the 2021 “Borivoj Bukva Award,” for best haiku collection published in Croatia, presented by the Croatian Literary Society, Rijeka, Croatia, November, 2021.

From Kanata Canada, published as a Haiku Canada Sheet, 2017.

Interchange is a unique collaboration whose interrelated contents deftly illume and affect. Designed for readers who appreciate the haiku form, the volume also serves as an excellent resource for literature and creative writing teachers as well as a source of understanding and inspiration for students.

In the introduction, Tom Clausen details the origination and development of the Mann Library Daily Haiku project that he began over three decades ago and now represents a critical source and record of international poetry.

In the pages that follow, 31 of his photographs are paired with an equal selection of Michael Dudley’s haiku and correlated prose commentary in which Dudley discusses the circumstances and inspiration of each poem. Order Now

NEXUS haiku is a co-authored, cross-cultural, bilingual collection of 85 stand-alone haiku and senryu, five sequences, and five rengay that were equally co-created, composed collaboratively in person and online from October 2018 - August 2021.

In the foreword, Sanela Pliško states that the volume is a "journey through seasons, villages and towns, seas and mountains, from which one can read a combination of the authors' experiences as if they lived one life."

Melodic and luminous, insightfully humorous, continuously wondrous — the evocative and provocative haiku of pilgrimage lead the reader on a compelling, encompassing journey of body, mind, and spirit. Selected from his 15 previous collections, including some of his earliest work and many of his most recent poems, pilgrimage is the definitive expression of Michael Dudley’s distinctive achievement.